The Case for Reparations By Ta-Nehisi Coates 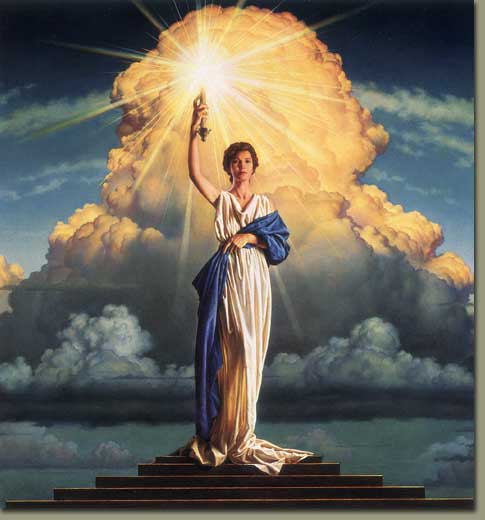 This Article will be in 3 or 4 parts! The NING Software does not allow us to post the whole Piece.

WE ARE ASKING IN A VERY HUMBLED PLACE AT THIS MOMENT IN TIME, THAT WE CAN SEE IT THROUGH TO GET HELP IN THE NEXT LITTLE WHILE.

LET'S DO OUR VERY BEST TO STAY IN THE BLACK IN A TIMELY AND PRECISE MANNER.

THIS STORY IS BRINGING NESARA RIGHT UP CLOSE AND PERSONAL!

THE POWERS THAT ARE NO MORE ARE HAVING TO FACE GODDESS NOW, THIS STORY IS ONE THAT GOES BACK ALL THE WAY TO PANGEA!

Ta-Nehisi Coates ;[1] born 1975) is an American writer, journalist, and educator. Coates teaches writing at MIT; he also is a senior editor for The Atlantic, as well as a blogger for that publication's website (writing on culture, social issues, and politics). Coates has worked for The Village Voice, Washington City Paper, and Time. He has contributed to The New York Times Magazine, The Washington Post, The Washington Monthly, O, and other publications. In 2008 he published a memoir, The Beautiful Struggle: A Father, Two Sons, and an Unlikely Road to Manhood.

The Case for Reparations

Two hundred fifty years of slavery. Ninety years of Jim Crow. Sixty years of separate but equal. Thirty-five years of racist housing policy. Until we reckon with our compounding moral debts, America will never be whole.

And if thy brother, a Hebrew man, or a Hebrew woman, be sold unto thee, and serve thee six years; then in the seventh year thou shalt let him go free from thee. And when thou sendest him out free from thee, thou shalt not let him go away empty: thou shalt furnish him liberally out of thy flock, and out of thy floor, and out of thy winepress: of that wherewith the LORD thy God hath blessed thee thou shalt give unto him. And thou shalt remember that thou wast a bondman in the land of Egypt, and the LORD thy God redeemed thee: therefore I command thee this thing today.

Besides the crime which consists in violating the law, and varying from the right rule of reason, whereby a man so far becomes degenerate, and declares himself to quit the principles of human nature, and to be a noxious creature, there is commonly injury done to some person or other, and some other man receives damage by his transgression: in which case he who hath received any damage, has, besides the right of punishment common to him with other men, a particular right to seek reparation.

By our unpaid labor and suffering, we have earned the right to the soil, many times over and over, and now we are determined to have it.

THIS IS THE MOMENT WHERE THE EDUCATION OF AMERICA IS BEING UPGRADED TO THE REFORMATION ACT! HOW WE DO THIS IS BY LEARNING WHAT WAS NEVER TAUGHT TO US IN SCHOOL OR LIFE. THIS IS A NEW TIME ON THIS PLANET WHERE WE ARE THE ONES WHO ARE GETTING IT DONE BY THE SACRED WORDS THIS MAN HS BROUGHT FORTH SPEAKING TRUTH TO POWER IN A WAY THAT HAS NOT BEEN SEEN FOR A LONG TIME.

IN THE LAST FEW DAYS ALL THE MAJOR MEDIA COMMENTATORS HAVE BEEN SHARING THIS ARTICLE HERE THAT PAVES THE WAY FOR NESARA TO BROUGHT RIGHT INTO OUR FACES! THIS MAN TOOK A RISK, AND PUT OUT A MESSAGE THAT RINGS THE HOLY BELLS TO WAKE UP AND TAKE OUR REBUBLIC BACK LIKE NEVER BEFORE. AS WE LOOK DEEPER INTO WHAT IS HAPPENING RIGHT UNDER OUR NOSES, WE ARE BEING GIVEN THE KEYS TO THE KINGDOM OF HOW TO MAKE WAY FOR REAL ACCOUNTIBILITY  TO HAPPEN HERE AND NOW! AS WE CAN BEGIN THE PROCESS OF WAKING EACH OTHER UP OF HOW WE CHANGE THIS STORY. LET IT BEGIN WITH ME, AS I TAKE THE MOMENT HERE TO SHARE A FEW WORDS, THIS HAS NEVER HAPPENED IN THIS WAY, AT THIS TIME. WE ARE IN A NEW TIMELINE.  WE ARE ALL EQUAL IN GOD,GODDESS, ALL THAT IS EYE'S.

"Perhaps no statistic better illustrates the enduring legacy of our country’s shameful history of treating black people as sub-citizens, sub-Americans, and sub-humans than the wealth gap. Reparations would seek to close this chasm. But as surely as the creation of the wealth gap required the cooperation of every aspect of the society, bridging it will require the same.

When we think of white supremacy, we picture Colored Only signs, but we should picture pirate flags.

Perhaps after a serious discussion and debate—the kind that HR 40 proposes—we may find that the country can never fully repay African Americans. But we stand to discover much about ourselves in such a discussion—and that is perhaps what scares us. The idea of reparations is frightening not simply because we might lack the ability to pay. The idea of reparations threatens something much deeper—America’s heritage, history, and standing in the world.

The early American economy was built on slave labor. The Capitol and the White House were built by slaves. President James K. Polk traded slaves from the Oval Office. The laments about “black pathology,” the criticism of black family structures by pundits and intellectuals, ring hollow in a country whose existence was predicated on the torture of black fathers, on the rape of black mothers, on the sale of black children. An honest assessment of America’s relationship to the black family reveals the country to be not its nurturer but its destroyer.

And this destruction did not end with slavery. Discriminatory laws joined the equal burden of citizenship to unequal distribution of its bounty. These laws reached their apex in the mid-20th century, when the federal government—through housing policies—engineered the wealth gap, which remains with us to this day. When we think of white supremacy, we picture Colored Only signs, but we should picture pirate flags.

On some level, we have always grasped this.

Many of its causes and many of its cures are the same. But there are differences—deep, corrosive, obstinate differences—radiating painful roots into the community and into the family, and the nature of the individual. These differences are not racial differences. They are solely and simply the consequence of ancient brutality, past injustice, and present prejudice.

We invoke the words of Jefferson and Lincoln because they say something about our legacy and our traditions. We do this because we recognize our links to the past—at least when they flatter us. But black history does not flatter American democracy; it chastens it. The popular mocking of reparations as a harebrained scheme authored by wild-eyed lefties and intellectually unserious black nationalists is fear masquerading as laughter. Black nationalists have always perceived something unmentionable about America that integrationists dare not acknowledge—that white supremacy is not merely the work of hotheaded demagogues, or a matter of false consciousness, but a force so fundamental to America that it is difficult to imagine the country without it.

And so we must imagine a new country. Reparations—by which I mean the full acceptance of our collective biography and its consequences—is the price we must pay to see ourselves squarely. The recovering alcoholic may well have to live with his illness for the rest of his life. But at least he is not living a drunken lie. Reparations beckons us to reject the intoxication of hubris and see America as it is—the work of fallible humans.

Won’t reparations divide us? Not any more than we are already divided. The wealth gap merely puts a number on something we feel but cannot say—that American prosperity was ill-gotten and selective in its distribution. What is needed is an airing of family secrets, a settling with old ghosts. What is needed is a healing of the American psyche and the banishment of white guilt."

WHAT IS NEEDED NOW IS THE UPLIFTMENT OF HUMANITY! THIS REFOMATION ACT DOES THIS NOW! THIS ARTICLE IS THE IMPETUS FOR A SPIRITUAL REVOLUTION, EVOLUTION RIGHT AT THIS TIME, RANA MU HAS TOLD ME THIS NESARA LAW CHANGES ALL THE TIME LINES! WELL WE GOT IT IN OUR FACES, WE ARE THE ONES!

HOW WE GO ABOUT & SHARE THIS MESSAGE IS CHANGING EVERYTHING.

I REMEMBER WHAT IT WAS LIKE TO SIT AT THE WOOLWORTH'S COUNTER WITH MY BLACK BROTHER & SISTER IN THE '60's AND NOT GET WAITED ON FOR OVER 3 HOURS! OR THEY WAITED TIL ALL THE BIG PAYING CUSTOMERS WERE GONE, THEN THEY WAITED ON US, AS THEY FELT LIKE IT. OR THEY SAID "THE COUNTER IS CLOSED" GO HOME., OR GO TO THE MISSION THEY WILL TAKE CARE OF YOU THERE.

THESE ARE THE THINGS THAT ARE CHANGING RIGHT NOW AS WE GET NESARA BROUGHT FRONT & CENTER FOR US TO SEE HOW THE CHANGE MUST COME FROM US THIS IS WHY IT IS SO IMPORTANT FOR US TO STAY ON THE RADIO & SHARE THE GOOD NEWS OF WHAT IS TRANSFORMING OUR WORLD IN THE MOMENT OF CLARITY. AS WE CAN INVITE MORE PEOPLE TO OUR CALLS ON FRIDAYS AND SATURDAYS & ASHTAR ON THE ROAD, THE STARGATE ROUND TABLE, CHERYL'S ASCENSION MEDITATIONS, THIS MANIFESTS SO MUCH LOVE, IT CHANGES THE VIBRATIONS FROM DARKNESS TO LIGHTNESS OF BEING. LORD, MAKE ME AN INSTRUMENT OF THY PEACE. LET ME SO LOVE!

NOW IS THE TIME WHERE WE WHO HAVE BEEN CALLED TO ACTIVE DUTY AS IT WERE, TO SHARE THE GOOD NEWS THAT THIS STORY CAN BE CHANGED FROM ONE OF A FAILED TIMELINE TO ONE OF BLISS, LOVE, PEACE, JOY!