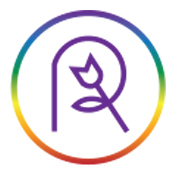 North Carolina Police Departments all over the state have warned their
officers to put their personal property (houses, land, cars and other
assets) into someone else's name because they may now be subject to
lawsuits from the People of North Carolina.

The warning was issued in response to the recent ruling that upheld that
the local Police Departments in North Carolina are classified as "private
entities" and NOT connected to the state of North Carolina.

The police officers will now also have to fund their own Surety Bonds.

Judge Ridgeway's September 15, 2011 ruling creates a conflict in the
public's perception of basic government legitimacy because Judge Howard E.
Manning, Jr (who recused himself in August 2011) declared in Mr. Class'
4.21.11 hearing that "the Defendants were NOT 'private entities' or
'private contractors' ", but were "public officials."

Are the judges confused ? Are these "government" agencies and officials NOT
what they're portraying to their constituents ? Are they immune because
they're "private" ? Do we actually have government "agencies" and elect
"Public" Officials OR do we deal with "Private Entities" ? Is the public
being frauded ? So many questions ! So many conflicts !

Judge Ridgeway's 9.15.11 ruling upholding Judge May is viewable at:
http://min.us/mbi7bovuy0

Mr. Class' filing, that caused Judge Manning's rambling recusal statement,
that was the subject of the Ridgeway ruling, is viewable at
http://min.us/m6M40HRrB

Mr. Class' original suit (Case No. 10 DOT 7047) accused the named North
Carolina State departments and individuals with charges of Embezzlement of
Federal funds from the local political subdivisions, and violations of the
Right To Travel issue.

Mr. Class was acting as a Private Attorney General under provisions of an
1866 Federal Act, and was acting on behalf of all People, and political
subdivisions "similarly situated" and affected by the charges in his
Judicial Review.

Rod Class will be broadcasting live this Friday night (10.28.11) at 9:00pm
Eastern on his Talkshoe channel at:
http://www.talkshoe.com/talkshoe/web/talkCast.jsp?masterId=48361

Mr. Class conducts twice weekly radio shows on Talkshoe and archives of
previous shows are available at the above link.

Mr. Class may be contacted at itconstitutional@aol.com or his office
704-742-3123 for details regarding the implications of Judge Ridgeway's
ruling and the court's behavior in this action.

The website for all things Rod Class, including other actions he has in
play, is at http://rodclass.com. For a copy of one of the early filings
that may have caused both court's consternation:
http://www.rayservers.com/blog/rod-class-traffic-filing

Mr. Class has posted all of his filings, and responses from the court, and
the defendants, on the Internet at various sites for the benefit of those
in their efforts and interactions with these purported "private entities"
(contractors), and to ensure that these rulings stay in the public domain
and do not disappear !