Nancy Pelosi and Ilhan Omar walk together through the 'Door of Retu... 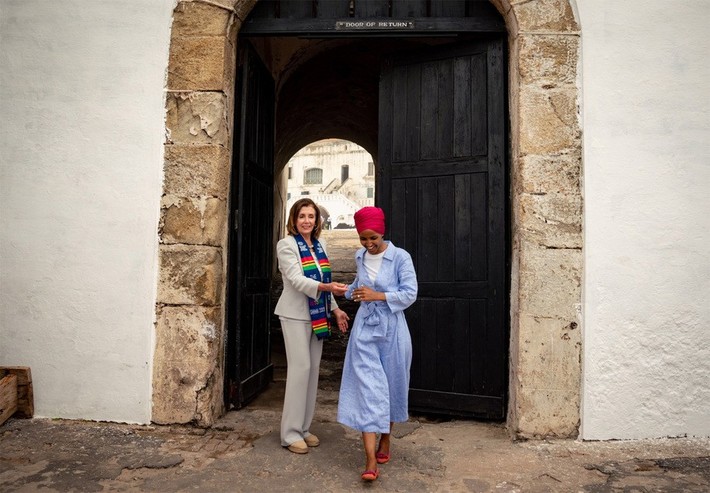 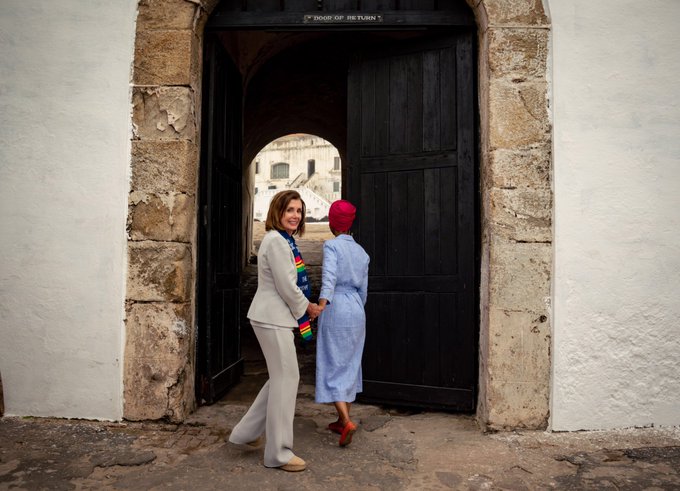 This is a beautiful picture.  More importantly, it speaks to the heart of what Democrats are about.

This is the best rebuke of white supremacist White House venom possible.

The responses, from Democrats on twitter have been heartening.

They said “send her back” but Speaker @SpeakerPelosi didn’t just make arrangements to send me back, she went back with me

So grateful for the honor to return to Mother Africa with the @TheBlackCaucus and commemorate The Year of Return! #Doorofreturn #Ghana

The timely symbolism of a “400 years” visit to Ghana by Nancy Pelos...

“Our souls have been touched by what we saw there…These profound places are a sobering testament to humanity’s capacity for great evil and also a helpful reminder of the capacity for great resilience, renewal and strength of a people,” Pelosi said in an address to Ghana’s parliament on Wednesday (July 31).

The US delegation to Ghana included civil rights icon John Lewis and Ilhan Omar, two on a long list of politicians of color at the receiving end of racist remarks by the current US president. Their arrival in Ghana comes at a time of heightened racial tensions in the US as Trump tweeted his second racist remarks in as many weeks targeted at congressman Elijah Cummings of Baltimore. Earlier this month, the president asked four congresswomen of color, including Omar, to go back where they came from and his supporters chanted “send her back” at the mention of Omar’s name at a rally. This is despite the fact that all the Congresswomen are US citizens.

Ghana, a significant place of origin for enslaved Africans in the Americas, has  launched a year-long commemorative initiative called “The Year of Return”. Ghana’s president, Nana Akufo-Addo said at the Washington DC launch in October 2018 that the commemoration is meant to encourage people of African ancestry to make the “birthright journey home for the global African family.”