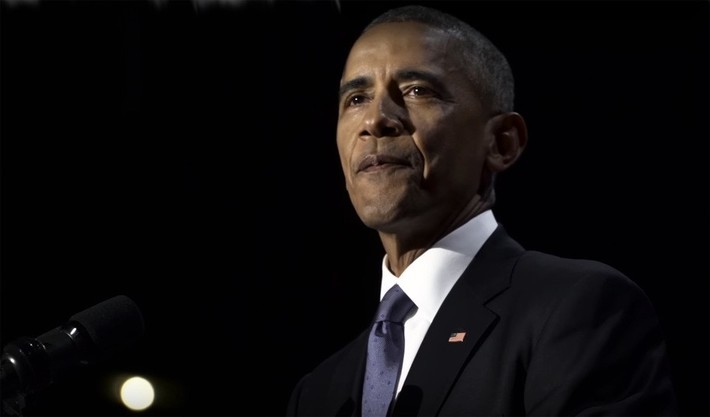 My president of the United States is still Barack Hussein Obama. He will remain as my POTUS until another duly elected Democratic representative of the people, not aided and abetted by Russian chicanery and Republican white supremacist voting skullduggery, sits in the oval office.

He continues to be a symbol of our better angels. A good man. A good husband. A good father. A good friend. A thoughtful man. A brilliant man. A leader with global respect.

The state of Illinois passed this legislation, signed into law by Gov. Bruce Rauner on Aug. 4, 2017:

August 4th of each year is designated as Barack Obama Day, to be observed throughout the State as a day set apart to honor the 44th President of the United States of America who began his career serving the People of Illinois in both the Illinois State Senate and the United States Senate, and dedicated his life to protecting the rights of Americans and building bridges across communities.

I will not sit here and say he had no imperfections. I will not assert that I agreed with all his policies.  The man, the politician, the father, the husband is human—a human being who continues to embrace humanity.

What I can say is that he never, not once, made me ashamed to be a black citizen of the United States of America that elected him.

As a black American, I want to echo the words once spoken by Michelle Obama, which created a right-wing uproar, when she said, “For the first time in my adult life, I am really proud of my country because it feels like hope is finally making a comeback.”

I’m holding on to that hope. We did it twice, and I believe we can do it again. 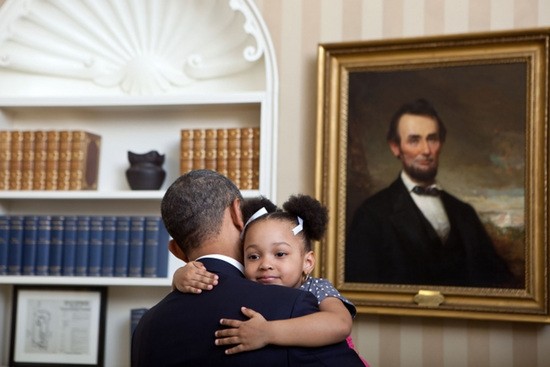 President Barack Obama holds Arianna Holmes, 3, before taking a departure photo with members of her family in the Oval Office, Feb. 1, 2012. Arianna's mother, Angela Holmes, was a departing special assistant in the International Economic Affairs office of the national security staff.