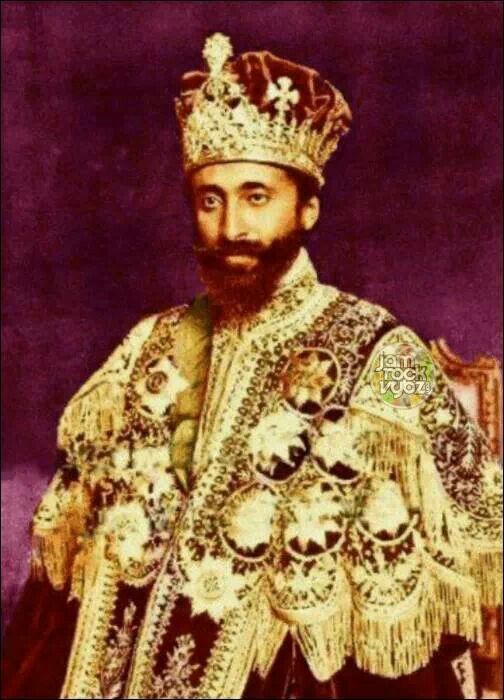 Blacks being the original race once occupied virtually every corner of the globe. Britain was no exception. The Grimaldi African man is known to have occupied Europe in ancient times. Blacks have been living in Britain from prehistoric times to the present era.

Irish tradition tells of a giant-like race of Africans headed by a king with a retinue of priests called Fomorians. They were depicted as gloomy sea giants who brought their skills from Africa via Spain.

The original Celtic priesthood were Blacks. The White Druids had nothing to do with the construction of Stonehenge since it predated their emergence by several centuries.

The Roman historian, Tacitus, mentioned "the dark complexion and unusually curly hair" of the Silures, or Black Celts who he believed migrated there from Spain. When Julius Caesar invaded Britain he met these Blacks. Julius Caesar's army was itself composed of prominent Blacks. In fact Blacks have served as Roman emperors on a number of occasions.

The Scots are themselves of Black origin. Ireland was once known as Scotia Magna and Scotland was called Caledonia until about the third century A.D. when a tribe invaded Caledonia and the name was changed to Scotia. The Irish are said to have derived the name Scotia from the daughter of an Egyptian Pharaoh named Scota.

The construction of Stonehenge has been attributed to giants who sailed from Africa bringing their skills with them. The presence of giants may not necessarily be a figment of the imagination. Giants have been mentioned in the Bible. There was a Black Canaanite race called Anakim. When the Black Hebrews first saw them they realized how small they were themselves: "And there we saw the giants, the sons of Anak, which come of the giants: and we were in our own sight as grasshoppers, and so we were in their sight.� (Numbers 13:33).

Anak was a Black giant, a descendant of Canaan, the youngest son of Ham. Ham is widely believed to be the ancestor of the Black race. There are other Black giants mentioned in the Bible. These are the Enim and Zamzummin, from which group Goliath and his brother emerged.

The Formorians are believed to be Carthaginian pirates and/or traders. Carthage was a Phoenician colony. Attempts have been made to classify them as Semites. They belonged to the Black race.

Phoenicia or Canaan was a Black civilization before the migration of Indo-Europeans. After the dispersal from the Tower of Babel, Canaan, Ham's youngest son, moved to Palestine which was then uninhabited. They called the land Canaan. The Canaanites were a very gifted people who built great cities such as Jericho. Canaan's first son, Sidon, became the father of the Sidonians or Phoenicians. When the Black Hebrews invaded their land most of the Canaanites fled Palestine to Africa.

Because of their seafaring prowess the Black Egyptians entrusted them with the responsibility of providing them with their materials. They sailed to Cyprus for copper, the Iberian Peninsula for silver, to the Americas before the birth of Columbus and as far as Britain for tin.

C.A. Diop in his work, The African Origin of Civilization made reference to the megaliths. He said, "These are found only in lands inhabited by Negroes or Negroids, or in places that they have frequented, the area that Speiser calls �the great megalithic civilization,� which extends from Africa to India, Australia, South America, Spain and Brittany. It is known that the menhirs and dolmens of Brittany date back to an epoch of an agricultural and copper civilization. Moreover, Spain and Brittany were stopovers for the Phoenicians, a Negroid group, en route to pick up tin from the British mines. That megalithic civilization in Brittany belongs to the second millennium, the period when the Phoenicians frequented those regions. This combination of facts should leave no doubt on the southern and Negro origin of the megaliths in Brittany."

The Phoenicians were also commissioned by the Egyptian King Necho II (Nekau II) to sail around Africa. This was 2100 years before Vasco da Gama attempted a similar feat when in 1497 and 1499 he sailed from Portugal to India and back again around the Cape of Good Hope.

According to Herodotus, ��the Egyptian King Neco... sent out a fleet manned by a Phoenician crew with orders to sail round and return to Egypt and the Mediterranean by the pillars of Heracles. The Phoenicians sailed from the Red Sea into the southern ocean... and after two full years rounded the Pillars of Heracles in the course of the third, and returned to Egypt.�

The Basques in Spain are considered to be a branch of the colony founded there by Black Africans. Their language is totally different from any in Spain and for that matter in Europe.

Blacks are also mentioned in Welsh folk-tales, such as in the story of Peredur in The Mabinogion. They are sometimes referred to in unflattering terms, as ugly, giants, misshapen and oppressors.

The original knights of Europe including the Knights of King Arthur's round table were Blacks. There was an African, Gormund who ruled Ireland at the time of the Anglo-Saxons. There were also Blacks among the Vikings. The first King to unite Norway was Black. He was known as Halfdan the Black. He was not called Black simply because of the color of his hair but because he was dark-skinned.

The Roman Emperor Septimius Severus who led a conquest of Britain was a full-blooded African, born in North Africa.

One of the Black Vikings was known as Thorhall, living at the time of Eric the Red. He was among the crew that took the Vikings to the shores of North America before the birth of Columbus. He has been described as �a large man, and strong, black and like a giant, silent and foul-mouthed in his speech, and always egged on Eric to the worst, he was a bad Christian.�

The Black Britons were sometimes referred to as �shameless Irish robbers,� and the word �Scot� came to be synonymous with �vagabond.�

On the origin of the word �Blackmail,� David MacRitchie tells us that, �the expression applied by the inhabitants of Wales to the tribute exacted from their prince, Meredith, by the Danish pirates [Black Danes] of the year 987 A.D., virtually signified �black-mail.� And, moreover, �the tribute of the blacke armie� precisely phrases the tax paid by Theodosius to Rugilas, King of the Huns, five centuries before. It was black-mail. That is the origin of the term. Dane-gelt was black-mail, equally with the tribute paid to the black Huns by the Romans."

However, Whites did not consider Blacks in Early Europe as being all evil and dangerous. David MacRitchie cites a writer in Ancient and Modern Britons, who claimed that, �in so far as I have been able to observe, the black race is superior to the fair in stature and strength...in respect to intellect, they are acute, accurate observers of natural phenomena, quick of apprehension and fluent in speech. In their moral character they are at least much superior to the population of most of the lowland parishes.�

The Scottish historian David MacRitchie, further tells us that Alpin, the father of Kenneth MacAlpin (Mac means son of) was half Scottish Black and half Pictish Black. Kenneth (the son) was the first to unite the two primary branches of Blacks in Scotland.

In the African Origin of Civilization by Cheikh Anta Diop, we are told that �The King of Ghana was called Maga,� and that the word could have originated as far back as the Third Century B.C. like the Sarakole language. In the second volume of Ancient and Modern Britons, were are presented with �Maga Dubh,� which in the Scottish language of the time meant �Black King.�

Two British writers, Gerald Massey and Godfrey Higgins believe that Blacks built Stonehenge. Gerald Massey (In Volume I of his work, A Book of the Beginnings claims that Stonehenge was built by a Black architect known s Morien. He says, �Now, as a Negro is still known as a MORIEN in English, may not this indicate that MORIEN belonged to the black race, the Kushite builders?�

Godfrey Higgins says in the first Volume of Anacalypsis, �In my Essay on The Celtic Druids, I have shewn, that a great nation called the Celtae, of whom the Druids were the priests, spread themselves almost over the whole earth, and are to be traced in their rude gigantic monuments from India to the extremity of Britain. Who these can have been but the early individuals of the black nation of whom we have been treating I know not, and in this opinion I am not singular. The learned Maurice says, "Cushites, i.e. Celts, built the great temples in India and Britain, and excavated the caves of the former." And the learned Mathematician, Ruben Burrow, has no hesitation in pronouncing Stonehenge to be a temple of the black, curly-headed Buddha."