The Astrology of July 2013 Approximately

Recap – Toward a Deeper Understanding of the World

The chart for the 2nd half of 2013 combines a Kite, a supportive configuration, and a Grand Square, a massive blocking aspect. In the headlines, a non-stop mix of good…

Three people have been arrested as part of an Italian investigation into the Vatican bank.

A member of Italy’s secret services, a financial broker and a cleric were all detained on Friday.

The cleric, Monsignor Nunzio Scarano, worked as an accountant in the Vatican’s financial administration. He was suspended from duties several weeks ago after being placed under investigation by magistrates.

Scarano is accused of taking 600,000 euros out of a Vatican Bank account. He is…

Biophotons: The Human Body Emits, Communicates with, and is Made from Light

Increasingly science agrees with the poetry of direct human experience:  we are more than the atoms and molecules that make up our bodies, but beings of light as well. Biophotons are emitted by the human body, can be released through mental intention, and may modulate fundamental processes within cell-to-cell communication and DNA.…

The Great Brotherhood Is Returning -- Who is in the Great White Brotherhood? -- What is Their Purpose? Sananda Speaks!

The Great Brotherhood Is Returning -- Who is in the Great White Brotherhood? -- What is Their Purpose? Sananda Speaks! The Last Mystery of the Financial Crisis

The Last Mystery of the Financial Crisis…

Snowden on the run, seeks asylum in Ecuador

Moscow (CNN) -- The computer contractor who exposed details of U.S. surveillance programs was on the run late Sunday, seeking asylum in Ecuador with the aid of the anti-secrecy group WikiLeaks, the organization and Ecuador's Foreign Ministry announced.

Edward Snowden left Hong Kong after Washington sought his extradition on espionage charges, according to WikiLeaks, which facilitates the publication of classified…

QUAN YIN: OUR CONNECTION TO EARTH - Ascending With Your Mother Planet, Listening to Her from Your Heart Center, Making the Journey to Higher Dimensional Existence with Earth - In Chinese and English

QUAN YIN: OUR CONNECTION TO EARTH - Ascending With Your Mother Planet, Listening to Her from Your Heart Center, Making the Journey to Higher Dimensional Existence with Earth - In Chinese and English (New Browser Needed)… Protecting Whistleblowers: It’s Up to Us

Whether we’re aware of it or not, the whistleblowers of the world like Bradley Manning, Edward Snowden, Julian Assange, Daniel Ellsberg and Sibel Edmonds are the frontline of our attempts to bring truth to the world and stop the cabal in their tracks.

NSA whistleblower left on Aeroflot flight to Moscow, Hong Kong government confirms, two days after US charged him with espionage.

By Tania Branigan in Hong Kong and Miriam Elder in Moscow, The Guardian – June 23, 2013

NSA whistleblower Edward Snowden has flown out of Hong Kong, where he had been in hiding since identifying himself as the source of revelations on…

GOT LOVE? Aluna Joy Yaxk'in with the Star Elders

Federal prosecutors charged Snowden with espionage and theft of government property, according to a criminal complaint unsealed in U.S. District Court in Virginia on…

London (CNN) -- WikiLeaks founder Julian Assange urged the world Saturday to "stand with" Edward Snowden, the man who admitted leaking top-secret details about U.S. surveillance programs, according to the text of a speech posted on Twitter.

As he appealed for a "brave country" to step forward and offer Snowden asylum, Assange also accused U.S. President Barack Obama of betraying a generation of "young, technically minded…

Happy birthday, Edward Snowden: The US just charged you with espionage

Today—on his 30th birthday, no less—Edward Snowden was charged with espionage by the United States for leaking information about government surveillance programs. It’s a crime punishable by death, though it’s rare that a prosecutor seeks the maximum penalty.… 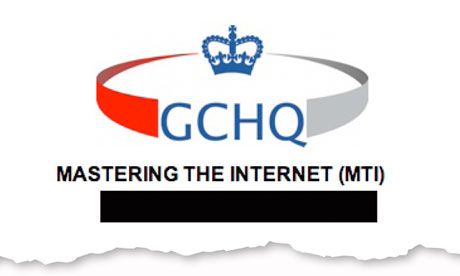 Oh my! I wonder if the ETs did it. (Not kidding. We know what they do with nuclear weapons.)

We Are All One - An Inspiring Short Film To Watch

This incredible short film shares an Indigenous Native American Prophecy that links all of life and the future of our planet.

Visit the website... Upload the file and spread the…